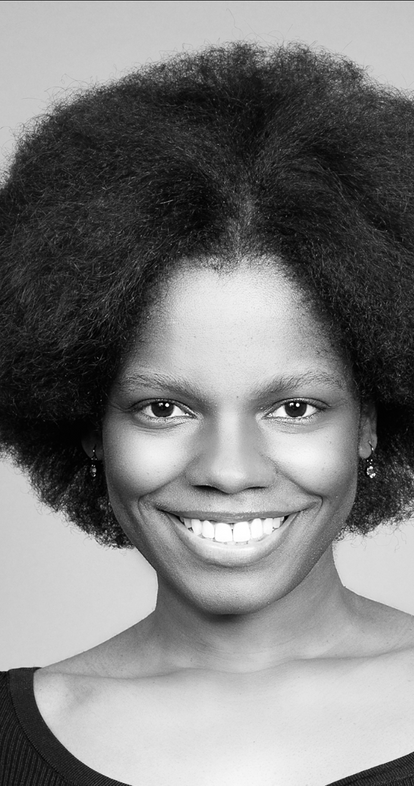 Marielle CAFAFA is a French Caribbean conductor. She studied as well the piano, the transverse flute, the lyrical singing, the choir conducting before chosing orchestral conducting. Along with her musical studies, she trained in scholarship classes at the Conservatory (music history, musical analysis, organology, musical writing, orchestration, ethnomusicology, musical acoustics) and at the Sorbonne University where she obtained a PhD in musicology and an "agrégation de musique".

At the head of "Léonor"ensemble (the instrumental and vocal ensemble that she founded), she recorded a first disc ("French Polyphonies") which she presented in two series of radio programs entitled "Voyage en Polyphonies Françaises" (RCF-Calvados radio).

Marielle Cafafa is a pluralist artist. She finds in the practice of dance (especially African one) a powerful means of expression. In addition to her various artistic activities (music, dance, styling) and her educational ones (singing and conducting teaching at University of Rouen Normandy), she maintains an intense intellectual activity by publishing articles and books devoted to the instrumental and orchestral treatment of the voice (Le chant à bouche fermée : typologie des techniques, 2012, La chanson polyphonique française au temps de Debussy, Ravel et Poulenc, L'Harmattan, 2017, De la voix à l’orchestre, to come).

In December 2019, this unique career was rewarded with the “Overseas Talent Prize" awarded to her by the Minister of French Overseas. Since then, several press articles and several TV and radio reports have been dedicated to her. A documentary film retracing her career ("Marielle Cafafa: graziosa et fortissima") will be broadcast on various French channels (France 3, Guadeloupe la 1re and Via Stella).

She is currently guest conductor of the Orchestre symphonique du Loiret.

Next page: CHRONOLOGY (pieces of life)